How One New York Nonprofit Learned the Value of Business Strategy

What do a Japanese company with a history of building world-class cars and America's largest food bank have in common? They both understand the critical value of an effective operational strategy. The Food Bank for New York City learned an essential lesson that dramatically impacted its charitable mission, thanks to the power of strategy. As The New York Times reports, the Food Bank for New York City feeds 1.5 million New York City citizens every year, and its primary objective is to perform this task as efficiently and effectively as possible. Along with a host of corporate sponsors such as Target, Bank of America, Delta Air Lines and the New York Yankees, the organization also received corporate support from Toyota. But in Toyota's case, it was corporate support of a different kind.

Toyota's world-renowned Toyota Production System and its Kaizen philosophy of continuous improvement have helped companies ranging from the major automakers to General Electric achieve faster turnarounds, better quality and fewer defects (G.E. followed this with a further commitment to Six Sigma, a defect-reduction strategy that ultimately transformed the entire company). Toyota felt that it could bring the strategic value of business consulting to the Food Bank for New York City, achieving great results.

Nonetheless, as the Times notes, Food Bank executives were originally skeptical about the idea of applying such principles to their charitable organization. As they saw it, companies like Toyota were in the business of making money, and charities are in the business of serving people. Therefore, what could one have to do with the other?

A lot, as it turns out. Food Bank leaders put forth a seeming mountain range of challenges, many of them further exacerbated by the economic recession. Among them:

Toyota's team went to work, beginning with a complete operational assessment. They observed operations, talked with clients and partners, and evaluated processes and workflows. They even examined packaging. The result was a series of small but detailed changes, most of them interconnected with one another, that collectively achieved dramatic increases in throughput, efficiency and impact.

In short, the charity was able to do more with less, better than it had done before.

Nonprofit leaders often think that the only aspect of their organization that is similar to a business is donor development, because like a business sales team their development staff are regularly asking for money.

But in fact, there is far more that nonprofits (and for-profits) can do to increase performance in a challenging economy. What Toyota taught the Food Bank for New York City is that business planning and strategy involves both top-line factors (increasing revenue) and bottom-line ones (doing more with the revenue you have).

The great lesson is that mastering bottom-line performance in turn strengthens your top-line sales process. In the Food Bank's case, it can now demonstrate that its donor dollars are going further, doing more and impacting a a greater range of clients than before.

That kind of performance makes for a compelling value proposition that any sales team would love. Whether you lead a business or a nonprofit, what can you do today to strengthen your business strategy for success tomorrow?

5 Reasons Why Your Company Needs a B2B Business Consultant Today

END_OF_DOCUMENT_TOKEN_TO_BE_REPLACED 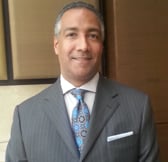 CEO Profile with Jim Marinucci: A Vision for the Future of Healthcare